U.S. Allies Retake Control of Prison in Syria, Subduing ISIS Fighters - It's Over 9000! 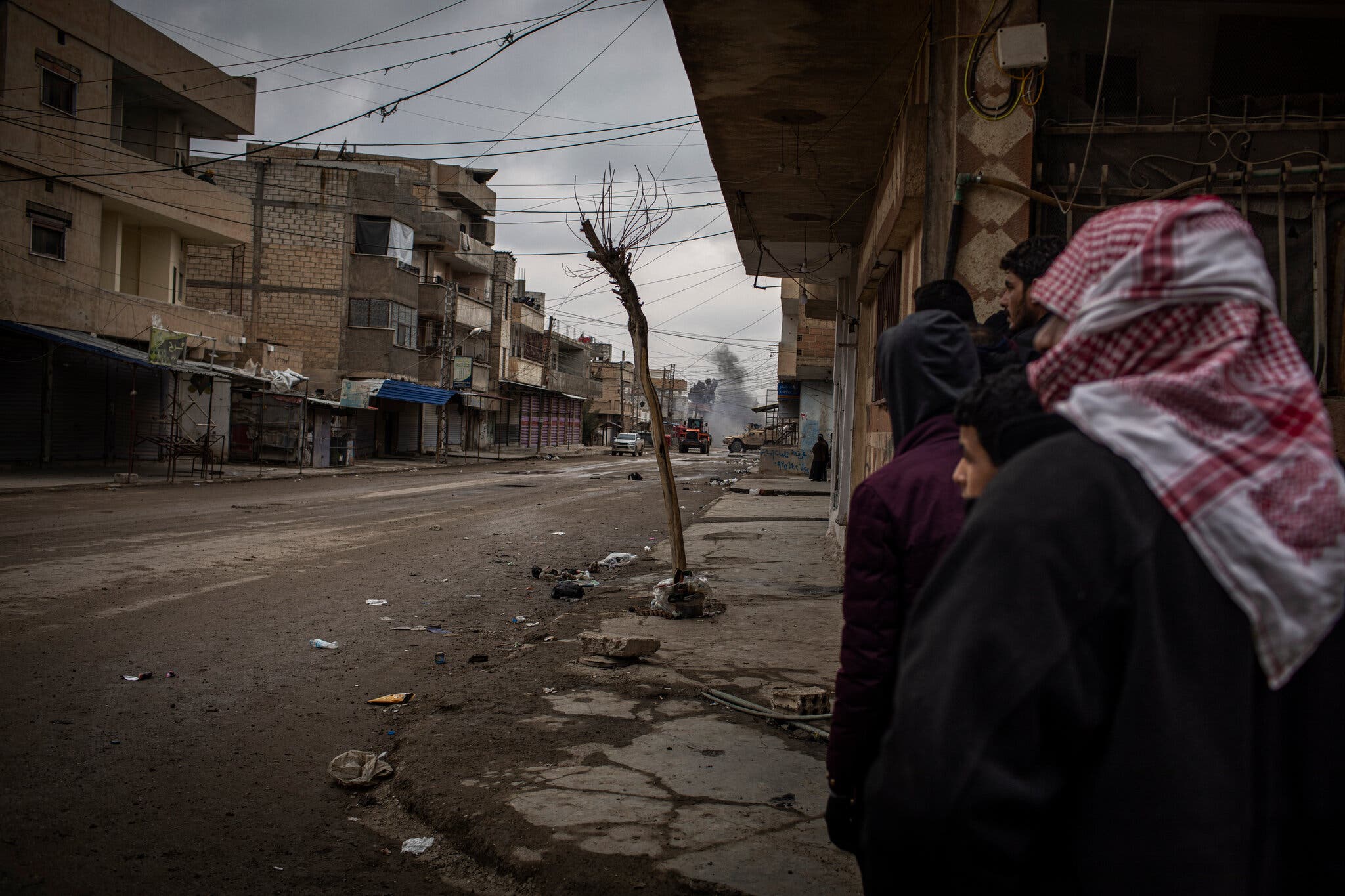 Kurdish-led forces regained full control of a prison in northeastern Syria on Sunday after a battle which spread to surrounding neighborhoods in the most intense urban combat involving American soldiers in Iraq or Syria since the self-declared ISIS caliphate fell in 2019.

“We announce the end of the sweep campaign in al-Sinaa Prison in Ghweran neighborhood in Hasaka and the end of the last pockets in which ISIS mercenaries were holed up,” the Syrian Democratic Forces, a Kurdish militia, said in a statement.

The U.S. Special Operations Joint Task Force said the militia had cleared the prison of “active enemy fighters” and was conducting recovery operations to make sure the area was fully safe. It said detainees were transferred to a more secure site.

The Syrian Democratic Forces, American partners in the fight against ISIS, did not say whether the last remaining gunmen in the prison had surrendered since Saturday or whether they had been killed. S.D.F. officials said Saturday that the gunmen were believed to be holding teenage detainees hostage.

Fighting in the past week has spilled into the residential areas of Hasaka near the prison.

New York Times journalists saw several dozen bodies, some dressed in orange prison jumpsuits, being carted away over the weekend by Kurdish militiamen near the prison, an indication of the scale of fighting in recent days.

On Sunday clearing operations continued in the Ghweran neighborhood around the prison to find ISIS sleeper cells. The day before, Kurdish-led counterterrorism forces backed by U.S. Special Operations troops went house to house in the narrow alleys of the neighborhood in the majority-Arab city.

Kurdish forces threw flash grenades into homes where they believed ISIS fighters were hiding as residents gathered in the streets.

The latest round of fighting began this month after an attack by ISIS on the prison, which housed more than 3,000 ISIS members and almost 700 minors.

On Saturday the Syrian Democratic Forces said that about 30 ISIS fighters surrendered overnight but that the remaining militants in the prison were believed to be holding teenage detainees as human shields.

“We think there are cubs of the caliphate with them,” Farhad Shami, an S.D.F. spokesman, said in reference to the children forced by ISIS to become fighters.

The Kurdish militia has released conflicting information about the siege. On Wednesday it declared it had regained control of the prison after the United States launched airstrikes and sent in armored fighting vehicles to help retake it. On Thursday, it was clear that fighting with gunmen barricaded in prison buildings was continuing.

By Saturday, there were increasing signs that the battle was much fiercer than had initially been reported.

On the edge of the Ghweran neighborhood, journalists for The New York Times saw what appeared to be at least 80 bodies being transported in a small truck from the direction of the prison and being dumped in a pile on the road. Kurdish fighters heaved them one by one into the shovel of a yellow front-end loader, which moved them into a 40-foot gravel truck to be taken away for burial.

While some bodies were in prison jumpsuits, others were dressed in civilian clothing, as is also common among those held at the site. Almost all the corpses were intact and unbloodied, many of their faces and bodies black with soot.