US military sends large convoy of reinforcements to northeast Syria - It's Over 9000! The U.S. military sent a large convoy to the northeastern region of Syria on Friday, bringing with them logistical and military equipment that would eventually be transported to southern Al-Hasakah.

According to reports, the U.S. military convoy consisted of dozens of vehicles that entered Syria’s Al-Hasakah Governorate from neighboring Iraq.

The U.S. military convoy was said to have traveled through the Al-Hasakah Governorate until they reached the city of Al-Shaddadi, which is under the control of the Syrian Democratic Forces (SDF).

Over the last week, the U.S. military has sent several reinforcements and supplies to northeastern Syria, despite American President Donald Trump’s vow to decrease his country’s forces inside the country.

The U.S. Coalition forces are mostly concentrated in the eastern part of Syria, but they do control a piece of the Homs Governorate that is located along the Iraqi border. 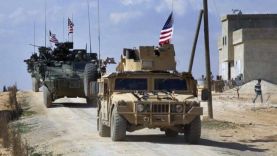 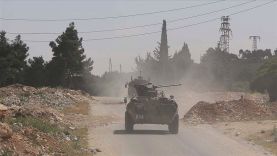