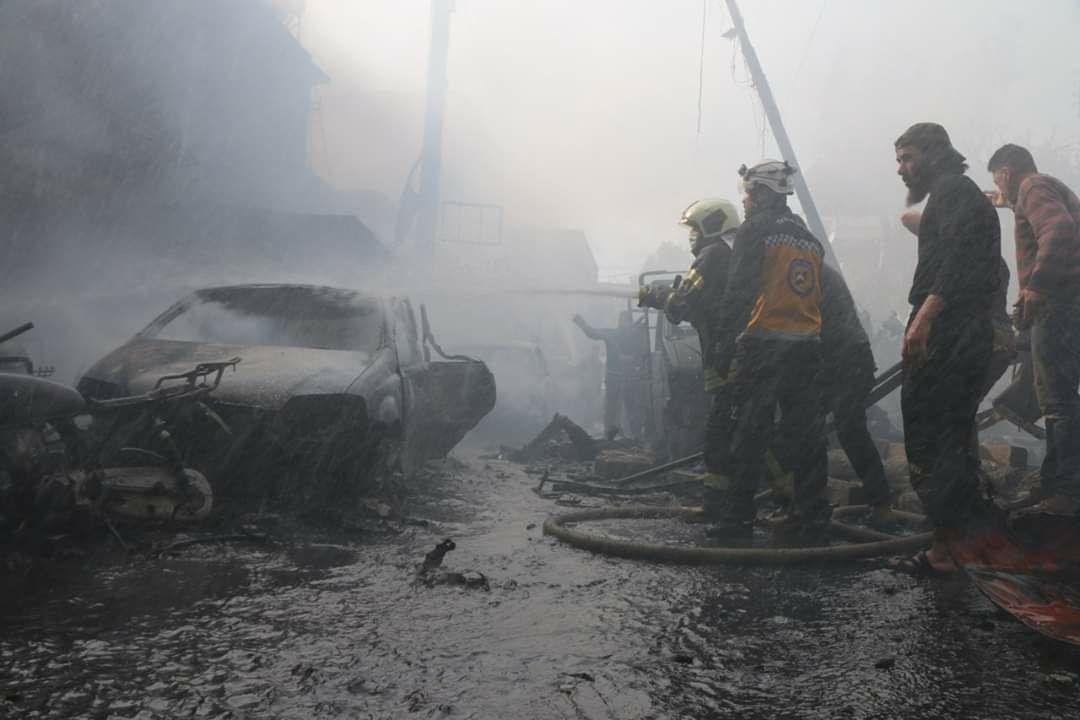 A hundred and seventeen casualties have fallen in Afrin, north Aleppo, since Tuesday, April 29, as a car bomb was detonated in the city center.

Dr. Ahmed Haji Hassan, Head of Afrin's Health Directorate stated to Baladi News on Wednesday, April 30 that 52 civilians were killed, and 65 were injured, most of whom are in a critical condition.

That blast was the worst ever in the Syrian north in terms of casualties' number and distorted bodies, and this is attributed to the fuel barrels carried by the vehicle, which increased the temperature and spread of the fire, causing more casualties.

It's noteworthy that Afrin, controlled by Turkey and the National Army, has witnessed dozens of blasts by IEDs and booby traps, where hundreds of civilians were killed and injured.

Large numbers of families have left Afrin due to the deteriorated security situation.