US building new military bases in Syria&rsquo;s Raqqa amid Russian expansion - It's Over 9000! 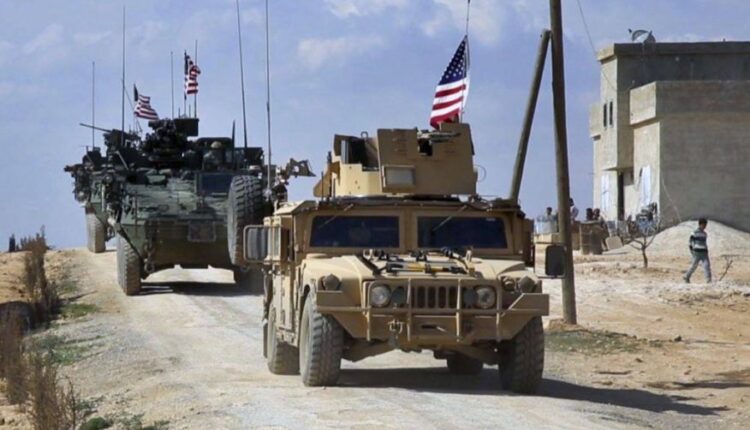 The U.S. military has sent a large number of reinforcements Raqqa Governorate recently to strengthen their presence in the region and rebuild installations they withdrew from last year, Sputnik Arabic reported.

“A military convoy of the American occupation forces made up of 50 trucks entered on Saturday afternoon (May 23), Syrian territory coming from Iraq, accompanied by military helicopters, through the illegal Al-Walid Crossing,” the source said.

The tribal source said the “American military experts recently visited the villages of Hazima in northern Raqqa, Al-Karamah in eastern Raqqa, and the villages of (Ayed, Al-Jazirah) west of it, and chose them as the places to start building new military points and bases in them.”

The American forces withdrew their bases from the al-Raqqa Governorate after reaching an agreement with the Turkish regime to allow them to conduct an ‘anti-terror’ operation against the Syrian Democratic Forces (SDF) and People’s Protection Units (YPG) east of the Euphrates.

Kurdish media outlets have spoken of an American plan to establish new military bases in Raqqa, which is under the control of the SDF, as part of the redeployment in the region again.

The sites quoted a source close to the SDF leadership, who said that “the United States is working seriously on the ground to establish new points and bases for it in the countryside of Raqqa, in the context of redeployment in the region.”

The monitor said the U.S. convoy was seeking to expand its military presence and one of its bases inside the Al-Hasakah Governorate, which neighbors Al-Raqqa to the east.

It appears these latest moves by the U.S. come at the same time the Russian military continues to expand its own presence in the region.