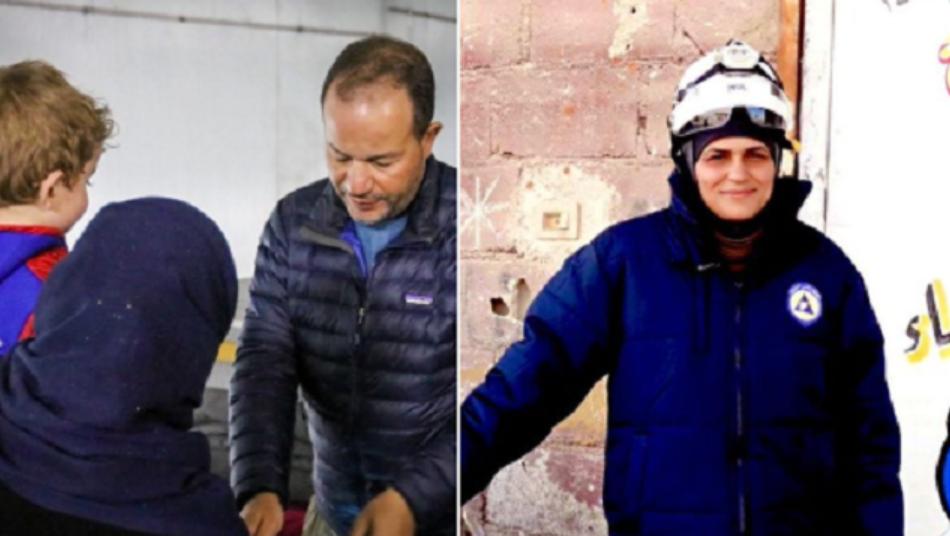 Promoting Enduring Peace organization announced in a press release on Friday (March 28) that Dr. Zaher Sahloul and Mayson Almisri are the winners of its Gandhi Peace Award for 2020.

The award has been given out since 1960 by the veteran peace and environmental organization.   It comes with a medal made of peace bronze forged from the metal of retired nuclear weapons.

Stanley Heller, PEP Administrator said, “The Board of PEP decided that our best contribution this year would be to give the prize in hopes it would help reorient the peace movement and the Left on an issue where many progressives have gone astray.”

“Most have ignored the agony of Syrians and their efforts for a democratic uprising, one that has been met by incredible violence and influenced badly by foreign powers, but which still remains active whether hidden in Deraa and Idlib or alive among refugees around the world.  Our award this year is to the medical workers and rescuers of Syria,” he added.

He continued, “PEP decided to give the award to two Syrians active in these organizations doing humanitarian work.  The first is to Dr. Zaher Sahloul.   He’s past president of the Syrian-American Medical Society which has built and rebuilt hospitals in Syria, in recent years underground or in caves.  He’s now president of Medglobal which helps not just in Syria, but in 14 countries.  He’s a pulmonary specialist in Chicago where he’s currently helping treat patients with the virus.”

I have been in many disaster zones with my organization, MedGlobal. I participated in medical missions to Yemen, Colombia, Gaza, Greece, Iraq, Lebanon, Jordan, Rohingya crisis in Bangladesh. What is happening in Syria, in Idlib is, by far, the worst. The UN and UNSC have to be ashamed for letting this happen for 9 years, Co-founder and president of MedGlobal, Dr. Zaher Sahloul, said during a press conference in Istanbul, Turkey on January 10, 2020.

“The second honoree will be Mayson Almisri.  She is from Deraa where the mass demonstrations began in Syria in 2011.  She is a leader in the Syrian Civil Defense, known in the West as the White Helmets. They are the heroes who dig out survivors and bodies from under the rubble of Assad or Russian bombs.  They have enraged the Assad regime by making videos of the devastation caused by the barrel bombs and the chemicals.  Now during the recent ceasefire, they work at disinfecting, hoping to ward off the virus inside the remnant of Idlib province.”