Desperate Syrians run after bread truck as regime closes bakeries - It's Over 9000! 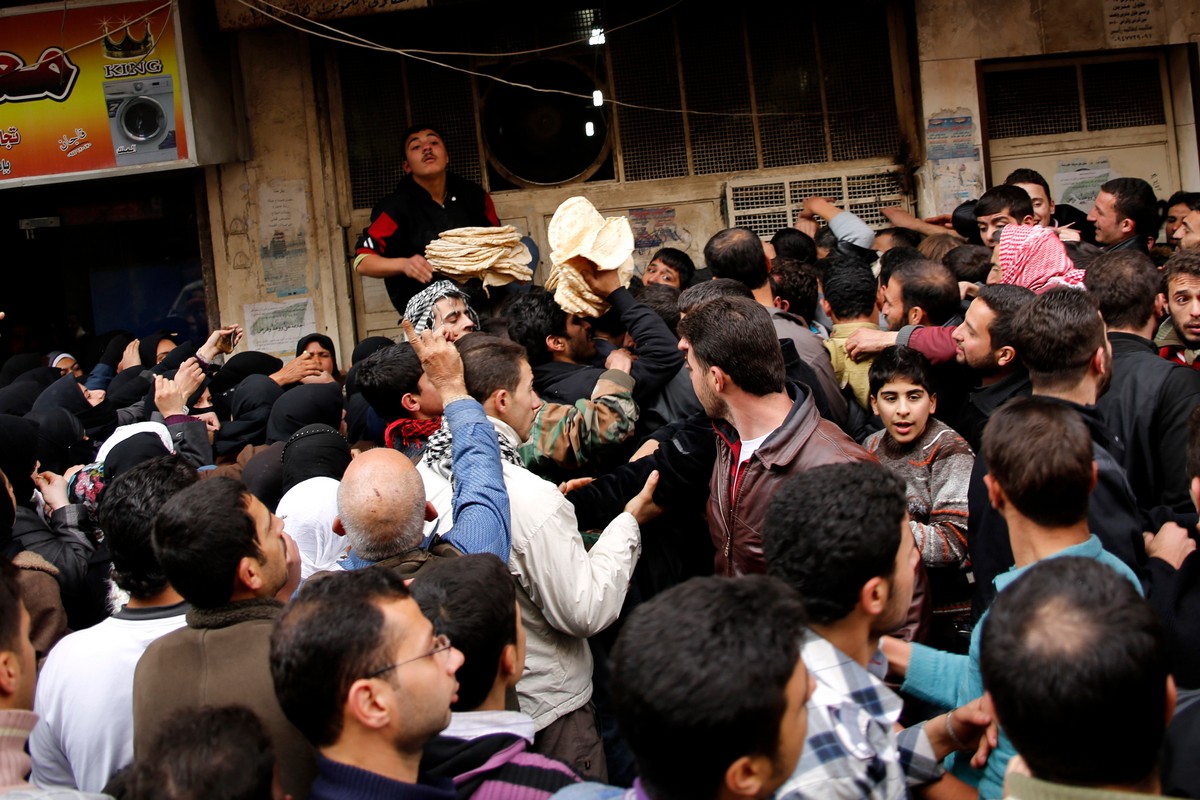 Footage on social media shows Syrians in Aleppo running after a truck full of bread after the Assad regime closed bakeries as part of the measures imposed during the coronavirus crisis. According to one local activist, bread is now being sold through local distributors to try to stop long queues in front of the bakeries.

The incident follows the implementation of a curfew in Syria this week, following the confirmation of its first virus case last weekend. Observers had speculated if the regime is covering up the scale of the crisis.

#Syria devastating scene from #Aleppo city as civilians running behind a bread truck after Assad regime decided to close bakeries and sell bread through local distributors to try to stop long queues in front of bakeries pic.twitter.com/HqRz2lxsTV

Other regime-held areas as well as Aleppo, including the capital Damascus, have been suffering from a shortage of bread due to the closure of bakeries, all shops, and public and private institutions.

As part of the nationwide curfew, which extends from 6 pm to 6 am, overnight bakeries have been forced to stop work. Instead, the bread is being made by new workers with new fixed hours and is distributed under the supervision of local voluntary committees.

According to the UK-based Syrian Observatory for Human Rights (SOHR), the local committees sell one pack of bread to each person for 50 Syrian Pounds ($0.097). This system is set to last until the end of the quarantine period.

The implementation of the plan has so far been disastrous. SOHR activists report that it has resulted in huge crowds – larger than the lines outside bakeries – wanting to get their share of bread and risking their lives by breaking quarantine in order to do so.

As with other countries in the Middle East, the Syrian authorities have closed schools, parks, restaurants and other public facilities, and imposed a ban on public transport as well as the curfew.

The concern of many in the international community is that if the virus spreads further within Syria, refugees displaced by the nine-year-long conflict could be infected and create chaos in the already-struggling refugee camps in north-west Syria and Turkey. Analysts are already predicting that the potential second wave of the coronavirus to hit the world will most likely originate from Syrian refugees traveling to Europe to escape from the Assad regime.