Nine years of conflict weigh heavy on Syrian refugee girl - It's Over 9000! 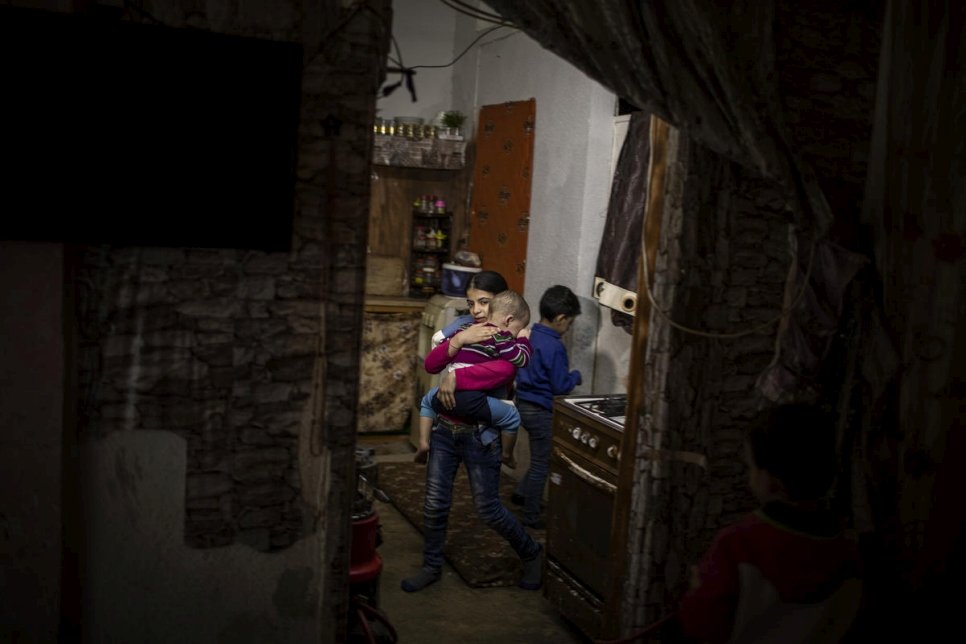 Naamat, 11, is living a life of 30 years-old women. She has to support her family who doesn't have anyone else.

Each weekday morning after her mother has left for work, Naamat changes her youngest brother Ibrahim’s diaper and feeds him a bottle of formula milk.

She then prepares a simple breakfast of bread, oil and thyme-packed za’atar to share with her two other younger brothers before cleaning up, packing their bags and walking with them to catch the school bus, having dropped Ibrahim off with a neighbour.

While Fatima, her mother, earns 5 Jordanian dinars (US$7) for half-days spent cleaning houses, her husband Mahmoud is unable to work or look after their children due to the lingering physical and psychological effects of his experiences in Syria, leaving Naamat to take on many of the household chores.

Today, seven years after their arrival in Jordan, they are still barely able to keep their heads above water.

The precarious situation facing millions of refugees after nine years of conflict is what continues to drive cases of early marriage and child labour, and see children like Naamat required to take on domestic duties at such a young age.

Yet despite the responsibility placed on her by their situation, and the awareness that it is not a normal state of affairs for an 11-year-old, Naamat’s quiet determination has helped her to excel at school and rise to the top of the class in many subjects.

“I love education a lot, because I feel that it will give me a beautiful future,” she says. “I lost part of my childhood, but I find what remains in education, and in building a future for myself. I did not lose that yet, and I will not despair.”