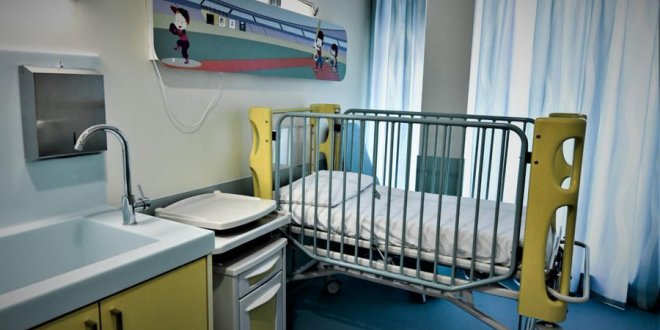 A forensic examiner in Athens, Greece, confirmed that an 11-month-old refugee baby girl from Syria that died on Sunday was sexually abused. A conducted autopsy could not determine the causes of the baby’s death so far. Results of toxicological tests are awaited, a Greek news magazine reports.

The coroner determined that the baby was suffering from micro-encephalitis. The death is most possibly attributed to pathological causes as the baby’s health had deteriorated in the last couple of days., according to the website.

The father brought the baby to the Children’s Hospital Aglaia Kyriakou in Athens on Sunday. According to a hospital statement, the baby had no pulse and was not breathing.

Signs of sexual abuse were found on the infant’s body by the doctors who tried to revive the little girl as well as by a forensic examiner called by the hospital.

Police took the baby’s parents as well as another refugee couple from Syria for interrogation.

The family has been living in a rented apartment in Zografou suburb of Athens under the UNHCR refugee program. The other couple are reportedly the family’s relatives who have been living in Thessaloniki and were on visit since Saturday and for a couple of days.

The three children are to be examined by a forensic doctor during the day.

The two mothers were first interrogated on Sunday, police launched a new round of interrogations incl also the two  fathers on Monday.

Planned is also the interrogation of anyone who came in contact with the baby girl in the recent past. Police suggests that “somebody knows the truth” and it is a matter of time to “break” and speak out about the refugee baby ‘s abuse.

Police investigation continues under the supervision by a juvenile prosecutor.

Police officers have been trying to reconstruct the profile of the infant’s family that came to Greece two years ago and has been living with NGO assistance ever since.

The same profile efforts target the other refugee couple from Syria in order to see if they had any involvement in the case.

In an effort to collect as much evidence as possible for the case, police has also contacted the NGO in charge of the refugee family from Syria.

The baby girl was suffering from micro-encephalitis and her health had deteriorated in the last days with expectoration of blood and convultions. The baby was often to the Children’s Hospital for treatment.

On Sunday morning, the mother discovered that the infant was not breathing and so the father took it to hospital.