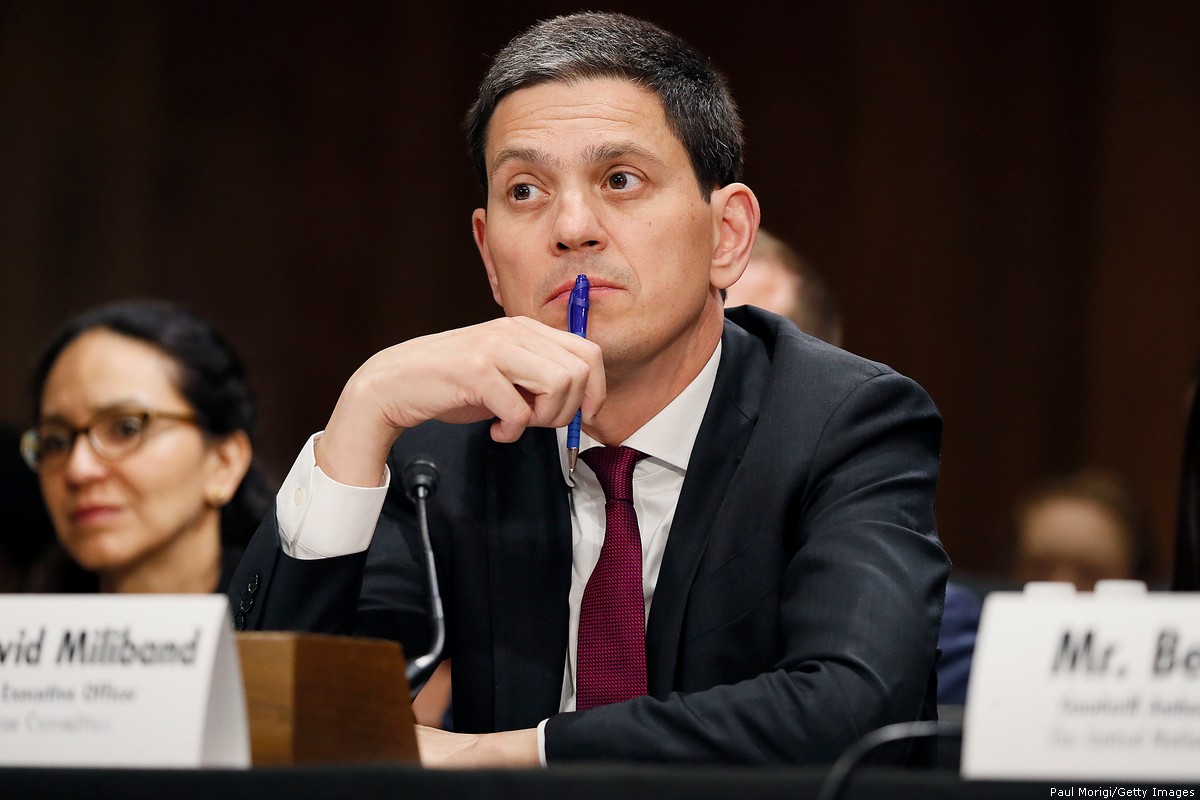 Former British Foreign Minister and Head of the International Rescue Committee (IRG) David Miliband has raised concern over the situation in north-west Syria in the embattled province of Idlib, calling it a “Gaza in Syria” and comparing the two areas.

While in the German city of Munich for a tour for Madeleine Albright’s new book “Hell and Other Destinations”, Miliband told the French news agency AFP that “We’re seeing the creation of what some people have called a sort of Gaza in Syria, where a small but not insignificant terrorist grouping of 20,000 to 30,000 fighters are in control of an area where there are 3-plus million civilians.”

He revealed that the remaining territory in Idlib, which is held by the Syrian opposition, has a higher population density than the Gaza Strip which has been undergoing a land, air, and sea blockade for over a decade. “The density of population in the Idlib province is now greater than the density of population on the Gaza Strip which historically has been seen as one of the most confined areas in the world,” Miliband told the BBC yesterday.

His statements come as over 800,000 Syrians, primarily women and children, have been forced to flee their homes in the province to move further north towards the Turkish border.

This mass exodus of displaced Syrians has raised fears of a new wave of refugees into Turkey and subsequently into Europe. Turkish President Recep Tayyip Erdogan has previously stated that the country is unable to bear the burden of another wave added onto the three to four million refugees it already hosts, and has warned that if Europe does not help with the Idlib situation then he will be forced to “open the floodgates”.

The province of Idlib, which is the last major opposition stronghold in Syria’s nine-year civil war, was originally meant to be a de-escalation or safe zone where displaced Syrian civilians and refugees could live away from the effects of the conflict, as stated under the agreement struck between Turkey and Russia back in September 2018.

That agreement, however, was violated by both the Syrian regime and its ally Russia when they launched a campaign in April last year. In recent months, the regime has made significant gains, especially with the support of Russian ground troops and Iranian forces, enabling it to retake around half of Idlib province so far, including key towns and cities and the strategic M5 highway.

Erdogan: We will hit Assad regime anywhere if our troops harmed again

Turkey, Russia delegations meet for second round of Idlib talks