Second Assad helicopter downed in a week, crew found dead - It's Over 9000! 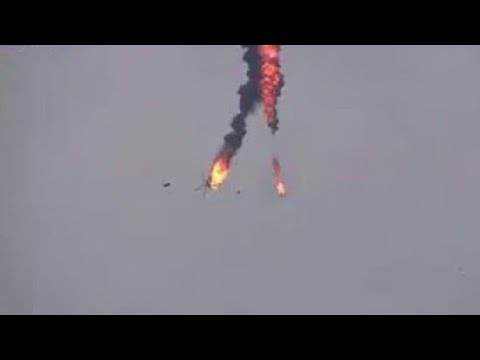 Syrian rebels shot down a second Assad regime helicopter in three days in the area of Qabtan Al-Jabal northwest of Aleppo city.

The helicopter was shot while flying over the area and dropping barrel-bombs on towns and villages there.

The Syrian Observatory for Human Rights (SOHR) reported that the severely dismembered bodies of the crew were found.

The helicopter was shot by a guided missile according to SOHR.

It’s noteworthy that another helicopter was shot down by the rebels on Feb.11th in the skies of Idlib province, where the crew of which was also killed, a pilot, co-pilot and two weapon specialists.

Syrian regime, Russia carry out more than 120 airstrikes in Idlib