Turkey will not vacate any of its 12 observation posts in Syria: Turkish Defense Minister - It's Over 9000! 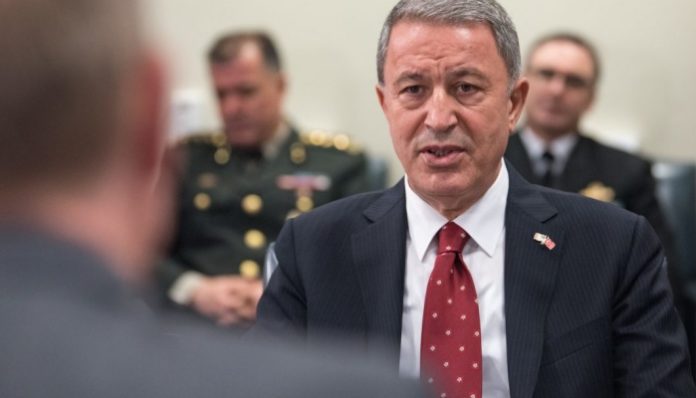 Turkish Defense Minister Hulusi Akar said in an interview with The Associated Press that Turkey would not vacate any of its 12 observation posts in Idlib and warned that Turkish soldiers were under orders to retaliate forcefully to Syrian attacks on the military posts.

“In the event of any action against them, they have been given instructions to retaliate even more powerfully,” Akar said. “In the event anything happens, there will be retaliation. We expect the regime to not take any action under any circumstances.”

“We have said over and over that we would not pull back our personnel, soldiers from there. They will continue their mission,” he said.

Turkey has recently sent additional troops and tanks to bolster its military presence in northwestern Syria, where Bashar al-Assad’s forces have been advancing in a devastating, Russian-backed offensive that has sparked a massive exodus of people.

Syria’s Idlib region near the border with Turkey and parts of nearby Aleppo are the last rebel-held bastion in the war-ravaged country.

The push by Assad’s forces into towns and villages in the province over the past months has angered Turkey, which backs the rebels, and brought the two countries’ troops into a rare, direct confrontation. Two separate clashes between regime and Turkish troops have killed 13 on each side, including five Turkish soldiers who were killed in Syrian shelling on Monday.