Erdogan: We will hit Assad regime anywhere if our troops harmed again - It's Over 9000!

Erdogan: We will hit Assad regime anywhere if our troops harmed again 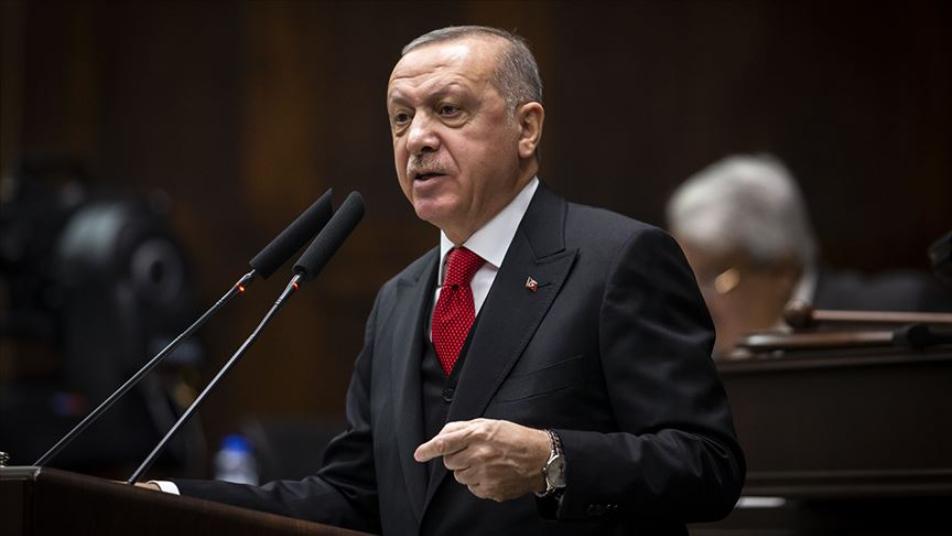 If Turkish soldiers in Syria are again targeted, Turkey will strike at Assad regime militias regardless of the 2018 Sochi deal with Russia, Turkey’s president said on Wednesday (February 12).

"If any harm comes to our soldiers in observation posts [in Idlib] or anywhere [in Syria], I declare from there that we will hit regime forces everywhere regardless of the Sochi deal," Recep Tayyip Erdogan told his party's parliamentary group.

Turkey is determined to push back Assad regime forces from Turkey’s observation posts in Idlib by the end of February, said Erdogan. The observation posts were established in 2018 under the Astana peace process.

To push back the Assad militias, Turkey “will do what is necessary via land and air without hesitation," added Erdogan.

The Syrian people’s fight for freedom is also Turkey’s fight, he said.

Erdogan’s remarks came after five Turkish troops were killed and five injured in an attack by Assad regime militias in Idlib, northwestern Syria on Monday, following a similar attack last week which killed seven soldiers and a civilian contractor working with the Turkish military.

The Turkish troops are in Idlib – nominally a cease-fire zone, under a deal between Turkey and Russia – as part of an anti-terror and peace mission.

Turkey has since retaliated for both attacks, hitting scores of targets and killing some 200 Assad regime militiamen.

In September 2018, Turkey and Russia agreed to turn Idlib into a de-escalation zone in which acts of aggression are expressly prohibited.

But more than 1,800 civilians have been killed in attacks by Assad regime and Russia since then, flouting both the 2018 cease-fire and a new one that started on Jan. 12.