Assad forces recapture 600 square km of territory in Idlib and Aleppo - It's Over 9000! 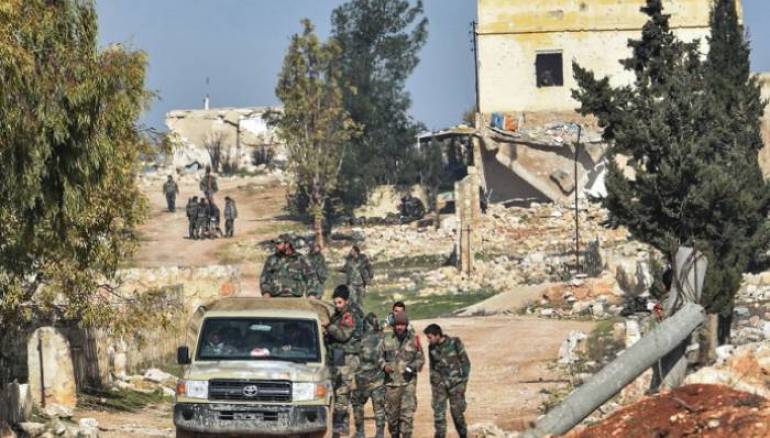 Syrian regime forces have recaptured more than 600 square kilometers of territory so far in a campaign to seize control of the last rebel strongholds of Idlib and the Aleppo countryside, a statement of Assad's armed forces said on Sunday.

The regime forces have taken control of dozens of towns and villages in recent days as part of the campaign, the statement said.

Zaman al-Wasl newspaper said the regime forces on Sunday have taken control of 11 villages including the village of al-Eis and its strategic hill just east of the M5.

Pro-regime activists mourned more than 40 fighters loyal to Assad, including three General Brigadiers; said rebels killed them in the past 72 hours in northern Syria.

Meanwhile, a Turkish military convoy, included armored vehicles and tanks, has entered Idlib province on Sunday to be the latest reinforcements sent in by Ankara amid a Syrian regime offensive this week brought the two countries' troops into a rare direct confrontation.

Turkey will use its right of self-defense in the strongest manner if Turkey faces a new attack in Syria, Turkey’s Defense Ministry said on Saturday, AA reported.

A rare clash on Feb. 3, between Turkish troops and Syrian soldiers left seven Turkish soldiers and a Turkish civilian dead as well as 13 Syrian troops.

The weekslong regime offensive has created a humanitarian crisis with about 600,000 people fleeing their homes in Syria's last rebel stronghold since the beginning of December, according to the United Nations.

Rebels control much of Idlib province and parts of the neighboring Aleppo region that is home to some 3 million people — many of them displaced from other parts of Syria.

The regime offensive appears aimed for now at securing a strategic highway in rebel-controlled territory, as opposed to an all-out campaign to retake the entire province, including the city of Idlib, the densely populated provincial capital.

"Our aim is to clear the highway and evict terrorists from it," a regime's commander on the ground told state TV. He was referring to the M5 highway, which links the capital Damascus with the northern city of Aleppo.

The Britain-based Syrian Observatory for Human Rights, an opposition war monitor, said regime forces still have 30 kilometers (18 miles) of the highway to clear before it comes under full control of the regime's army for the first time since 2012.