Russia, Turkey to Discuss &lsquo;New Sochi&rsquo; Agreement in Ankara - It's Over 9000! 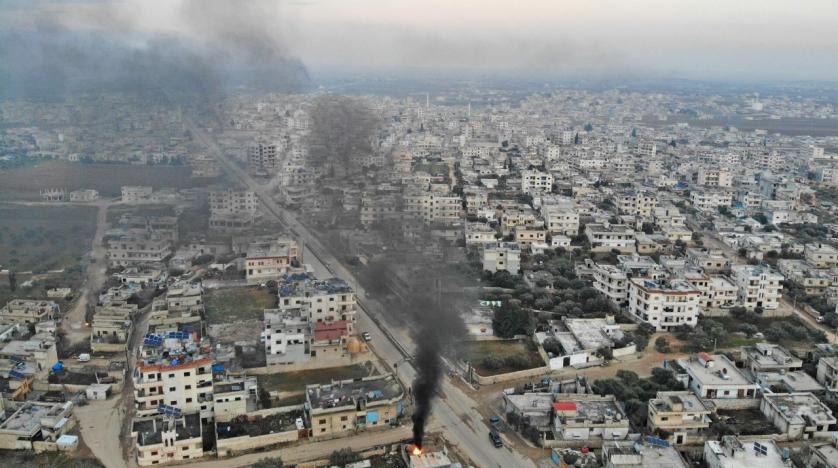 A Russian delegation is expected to propose to Turkey on Saturday a new version of the 2018 Sochi Agreement, which stipulates a ceasefire between the regime and opposition factions in the de-escalation zone of Syria’s Idlib province.

The Russian amendments include the drawing of new lines in the area and the separation of moderate factions from the extremists in northwestern Syria.

On Friday, Turkish Foreign Minister Mevlut Cavusoglu said during a press conference in Slovakia’s capital Bratislava that “according to recent information, a delegation led by Russian Foreign Ministry officials will visit Turkey tomorrow for talks.”

The FM reiterated that his country would do whatever is needed to stop a humanitarian catastrophe in Syria’s northwest.

Russian Foreign Minister Sergei Lavrov also said Friday, “We have an important deal with our partners, the Turks, to clearly set the system in the de-escalation zone in Idlib.”

He explained that Ankara had previously pledged to separate the armed opposition from the “terrorists” of Hayat Tahrir al-Sham.

“Unfortunately, terrorists still control the situation in the Idlib area. At the end, we should implement this pledge,” the Russian FM said.

On Thursday, Turkey’s presidential spokesman Ibrahim Kalin said that changing borders of Idlib’s de-escalation zone, as determined by the Astana and Sochi agreements, is out of question.

He reiterated that Turkey's 12 observations points in northwestern Syria will remain in their places.

In September 2018, Turkey and Russia agreed to establish the zone in Idlib where acts of aggression are expressly prohibited.

However, this deal was often violated by the Syrian regime and its allies.