Kurdish-led authorities in Syria plan local tribunal for Daesh fighters - It's Over 9000! 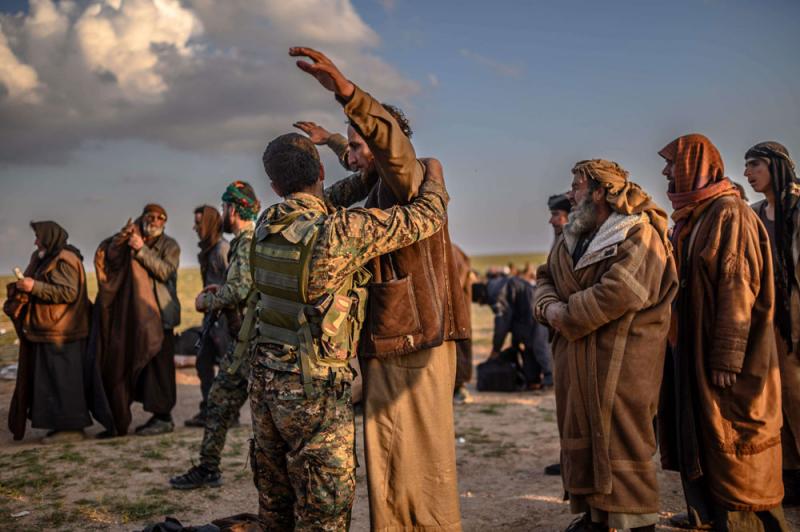 The Kurdish-led administration that runs much of northeastern Syria is planning to organise a local tribunal to try Daesh fighters held captive in the region, a representative of its foreign relations committee said on Thursday.

“We have a plan to start proceedings on-site,” Abdulkarim Omar, the representative of the foreign relations committee of the administration that runs the northeastern quarter of Syria, told reporters in Helsinki after meeting with Finland’s foreign minister Pekka Haavisto.

Fearing a public backlash, many European countries have refused to repatriate their nationals who travelled to Syria to join Daesh and who are now being held captive by local authorities since Daesh lost its last territory in Syria in March last year.

A full international “ad hoc” tribunal has previously been ruled out, as such a body could take years to establish and was unlikely to get UN Security Council backing.

The Kurdish-led local authorities had proposed setting up a local tribunal in March last year. Omar said now the aim was to begin proceedings within three months.

“The crimes have been committed there so the evidence and the witnesses are also there,” he said.

Europeans comprise a fifth of the roughly 10,000 Daesh fighters held captive in Syria by Kurdish militias.

Omar said he had asked Finland and other countries for support for the process, adding that all countries would be invited to participate if they wanted.

“Especially European countries have not been willing to take their citizens back, and from our perspective that is extremely wrong,” Omar said, adding that living conditions in the region were difficult after years of conflict.

Finland has so far repatriated two orphans from the al-Hol camp, where some 70,000 wives and children of Daesh fighters are being held but it has no plans to bring any fighters home.