Barzani says Syrian Kurds must cut ties with PKK, strike deal with Assad - It's Over 9000! 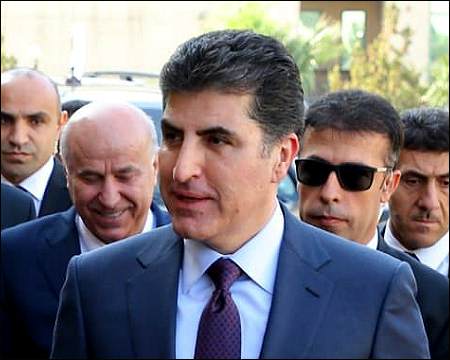 The Syrian Kurdish leadership must continue efforts to reach a solution with the Damascus regime that will guarantee Kurdish rights in the country, but they must also cut ties with the Kurdistan Worker’s Party (PKK), Iraqi Kurdistan Region’s President Nechirvan Barzani told Al-Monitor on Thursday according to a Kurdish newspaper.

“As a matter of principle, we believe that the question of the Kurds in Syria should be resolved within the boundaries of Syria. And yes, of course, I believe the regime in Damascus should be more forthcoming than it is now. The Kurds of Syria are part of Syria,” Barzani said in an interview with the media outlet.

“Our advice in the past, present and in the future is for the Syrian Kurds to find a way to reach an agreement with the regime,” Barzani added, criticizing the regime for its lack of willingness to make concessions. “Unfortunately, the Baath mentality is a block.”

It's noteworthy that Syrian Kurds have gained global praise for their key role in fighting the Islamic State (ISIS) and eliminating its last stronghold in Syria's Baghouz in March 2019.

However, in October 2019, and following the U.S. decision to withdraw its forces from Syria, Turkey alongside some Syrian opposition armed factions launched the operation Peace Spring in north Syria, which operation aimed to eliminate the Kurdish presence near Turkey's border and to establish a safe zone in northern Syria, where more than a million Syrian refugees can safely return to it.