20 civilians killed and 60 injured in Idlib despite ceasefire 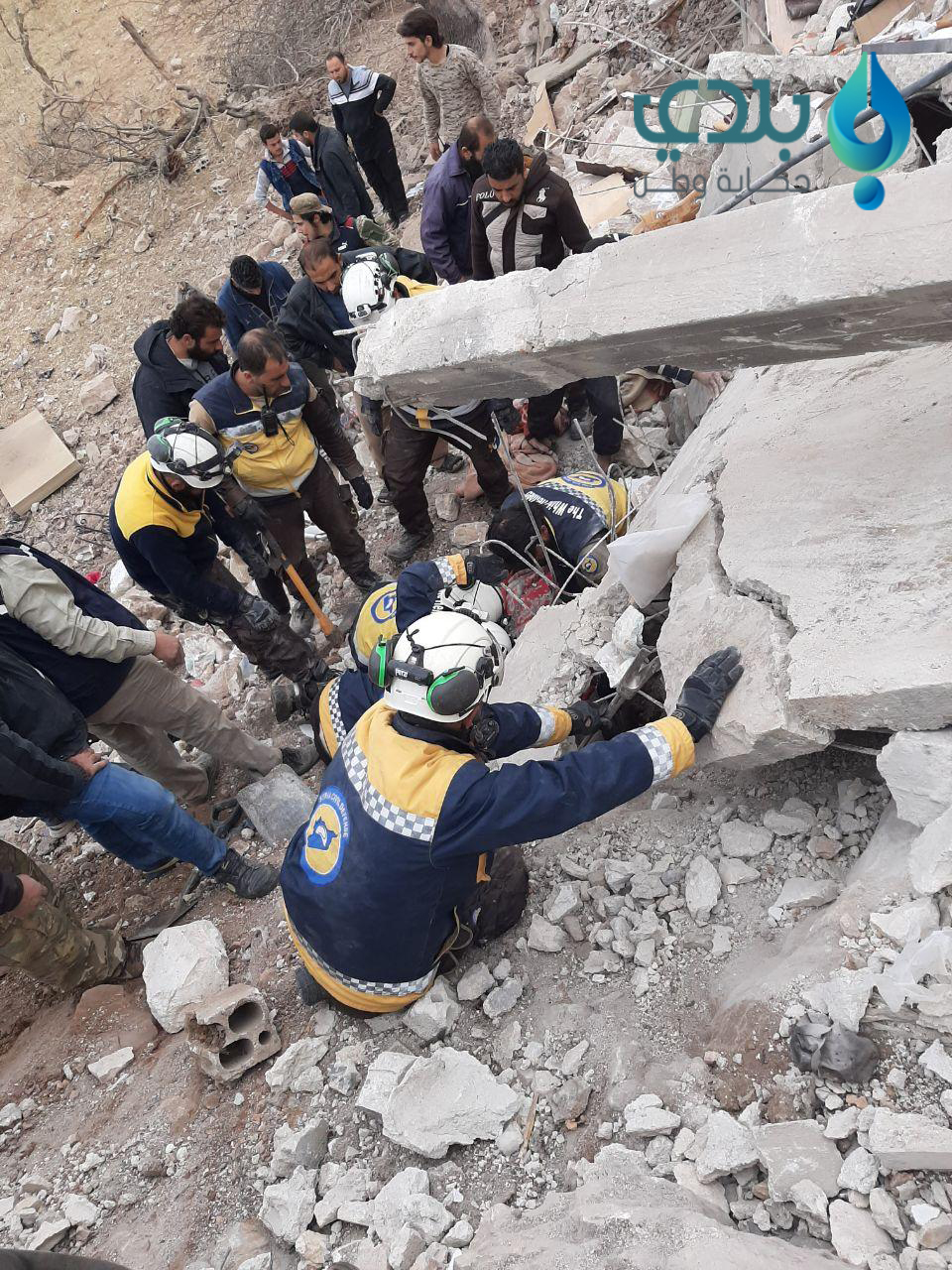 The Assad and Russian warplanes have continued targeting Idlib and its countryside, killing more than 15 people and injuring dozens, despite the ceasefire announced by Russia and Turkey last Monday.

In the industrial area of Idlib's city, Assad's Meg-23 committed a massacre, where they killed 19 civilians including a Civil Defense worker, and injured more than 50, some of whom are in a critical condition, Baladi News correspondent reported.

The Civil Defense teams pulled the dead and rescued the injured to the nearest medical points.

Meanwhile, another civilian has been killed in a similar attack that targeted the town of Has, in Idlib's southern countryside, while more than seven has been injured in the city of Areeha as Assad warplanes targeted a marketplace in the city center, according to Baladi correspondent.

Baladi correspondent said that more than 200 airstrikes were conducted in several areas of Idlib, causing massive destructions in the public and private buildings, including schools and mosques.