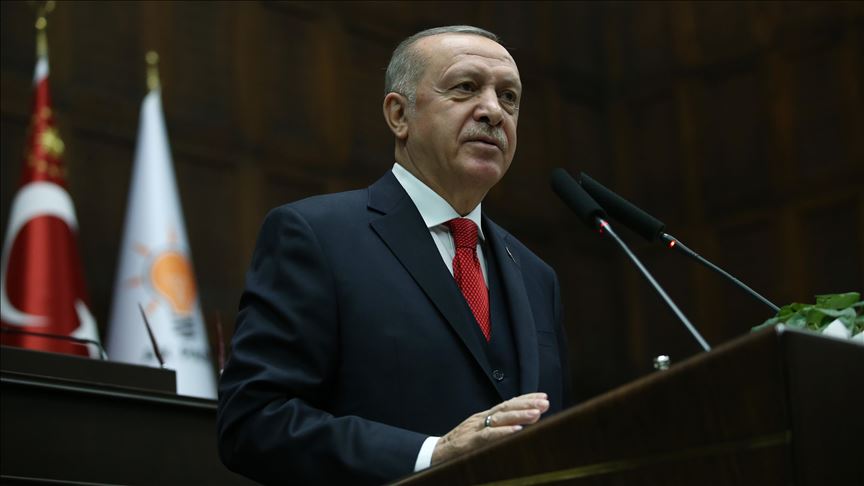 Turkey is resolved to stop the Assad regime's attempts to violate a cease-fire in the embattled northwestern province of Idlib, Turkey’s president said on Tuesday.

"We are determined to stop the regime's attempts to violate the cease-fire -- ourselves if needed. This is no joke. Everybody should see and accept that Turkey definitely does what it says," Recep Tayyip Erdogan told his party's parliamentary group in the Turkish capital Ankara.

"I hope the cease-fire lasts," Erdogan said, referring to the cease-fire that began early Sunday, succeeding an oft-violated de-escalation deal reached in September 2018.

Noting that previous cease-fires in the Idlib province were broken by the regime, he said: "This time, the situation is different."

Erdogan stressed that 400,000 Syrians must be returned to their homes under the cease-fire, Erdogan said.

He urged the international community to discuss the Syrian regime's use of violence.

Turkey pushed hard for a cease-fire in Idlib after the region endured months of battering by forces loyal to the Bashar al-Assad regime and its allies, sending about a million civilian refugees flocking towards the Turkish border.

Turkey and Russia agreed in September 2018 to turn Idlib into a de-escalation zone in which acts of aggression are expressly prohibited.

Since then, more than 1,300 civilians there have been killed in attacks by the regime and Russian forces as the cease-fire continued to be violated.

Over one million Syrians have moved near the Turkish border due to intense attacks over the last year.