Up to 250,000 Syrians Flee Toward Turkey as Crisis Worsens: Erdogan 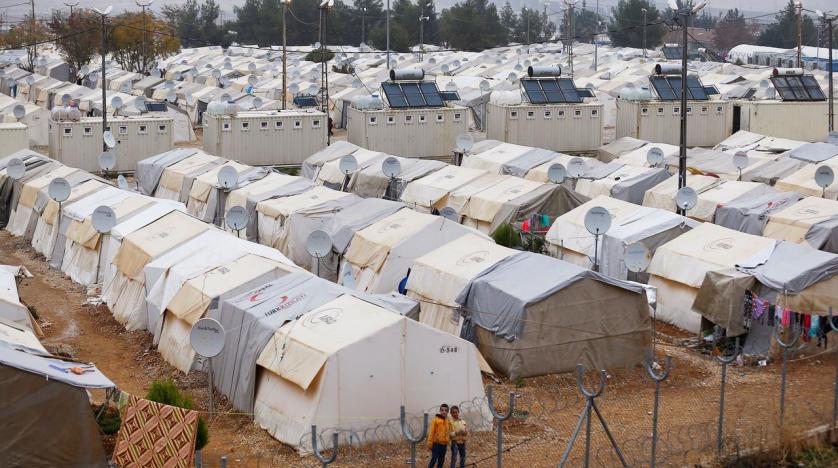 President Tayyip Erdogan said on Thursday up to 250,000 migrants were fleeing toward Turkey from Syria’s northwest Idlib region after weeks of renewed bombardment by Russian and Syria's regime forces.

Turkey already hosts some 3.7 million Syrian refugees, the largest refugee population in the world, and Erdogan said it was taking steps with some difficulty to prevent another wave from crossing its border.

With winter worsening an escalating crisis, the United Nations has said some 284,000 people had fled their homes as of Monday, Reuters reported.

Up to 3 million people live in Idlib, the last opposition-held swathe of territory after Syria’s nearly nine year civil war.

“We are trying to prevent them with some measures, but it’s not easy. It’s difficult, they are humans too.”

Towns and villages have been pounded by Russian jets and Syrian artillery since a renewed government assault last month, despite a deal agreed last September by the leaders of Turkey, Russia and Iran to ease tensions.

At least eight people, including five children, were killed on Wednesday in on Idlib town when the regime forces launched missiles that struck a shelter for displaced families, witnesses and residents said.

In a report, the United Nations Office for the Coordination of Humanitarian Affairs (OCHA) said the city of Maarat al-Numan and the surrounding countryside “are reportedly almost empty.”

“Displacement during winter is further exacerbating the vulnerability of those affected. Many who fled are in urgent need of humanitarian support, particularly shelter, food, health, non-food and winterization assistance,” the OCHA said.

It said those displaced in December were fleeing toward Turkey, other parts of northern Idlib or toward other areas in northern Syria such as Afrin and al-Bab that Turkey seized in previous cross-border military operations.