Assad Air Force mobilizes attack helicopters in Hama Base: Zaman al-Wasl - It's Over 9000! 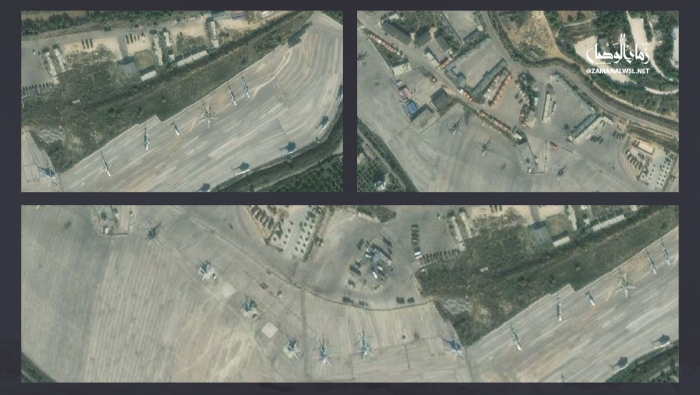 Syria's Air Force has been mobilizing heavy weapons and attack helicopters in Hama military airbase and in the eastern region of Idlib province as the Russian-backed offensive has uprooted a quarter million people of their homes and killed 100 people since mid-December, Zaman al-Wasl cited military sources as saying.

Since mid-December, Russian-backed regime forces have pressed with an assault on rebels in southern Idlib, despite an August ceasefire deal and calls for a de-escalation from Turkey, France and the United Nations.

They have since December 19 seized dozens of towns and villages from the rebels amid clashes that have killed hundreds on both sides.

The bombardment and clashes have amplified displacement from Maaret al-Numan and the nearby town Saraqeb in southern Idlib region, the UN said.

At least 90 Syrian regime forces and allied militants have been killed by rebels in two week ago, the spokeswoman of Russia’s Foreign Ministry Maria Zakharova said Thursday.

In his turn, the U.S. President Donald Trump on Thursday warned Russia, the Assad regime and Iran against killing civilians in Idlib province and said Turkey was working hard to stop the "carnage."

"Russia, Syria, and Iran are killing, or on their way to killing, thousands of innocent (sic) civilians in Idlib Province. Don’t do it! Turkey is working hard to stop this carnage," Trump said in a tweet.

The region hosts some three million people, including many displaced by years of violence in other parts of Syria.

The Damascus regime, which now controls 70 percent of Syria, has repeatedly vowed to take back the area.

Backed by Moscow, Damascus launched a blistering offensive against Idlib in April, killing around 1,000 civilians and displacing more than 400,000 people.

Despite a ceasefire announced in August, the bombardment has continued, prompting Turkey this week to press for a fresh ceasefire deal during talks in Moscow.

France Tuesday called for an "an immediate de-escalation," warning of deteriorating humanitarian conditions.