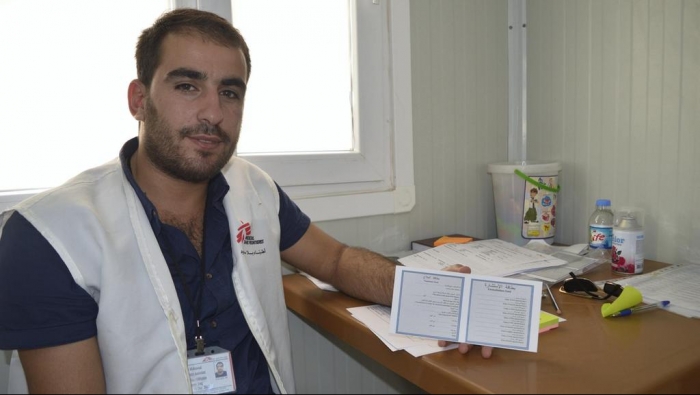 Having fled conflict himself, Omar Mahmoud works to support other displaced persons, but this World Refugee Day he is calling on the international community to do more to help those forced from their homes by war.

Omar left Damascus in 2012, just a year into the now 7-year conflict, and became one of the over 6 million refugees of the Syrian war.

“It was difficult to leave my family and friends behind and to also leave my city, my mother was very emotional,” Omar told The National Newspaper.

Omar crossed the Syrian-Iraq border with hundreds of families and children.

"They were tired and hungry, it was difficult for me not to be able to help them,” he said, adding that the most difficult element for him was not knowing what the future would hold.

But today, Omar is working with Doctors Without Borders (MSF) in Iraq to provide psychosocial support to displaced people. He joined MSF in 2015 as a counselor and offers support to refugees in camps near Erbil, capital of Iraqi Kurdistan.

“One of my patients had serial depression. He was 40 years old, he kept himself indoors, didn’t talk to anyone. However, in our follow up meetings he began to make friends and then he found a job and started to adapt to his new situation," he said.

But he says that the world needs to better understand the difficulties faced by refugees.

“I want people to know and to become aware of the suffering of refugees, the difficulties of getting into camps and fleeing from violence and wars,” he said, as harsh winters and hot summers make life as a refugee even more difficult. He says that at times, the effects of the conflict can seem overwhelming.

But for Omar, the thing that keeps driving him forward is when he sees an improvement in his patient's mental conditions.