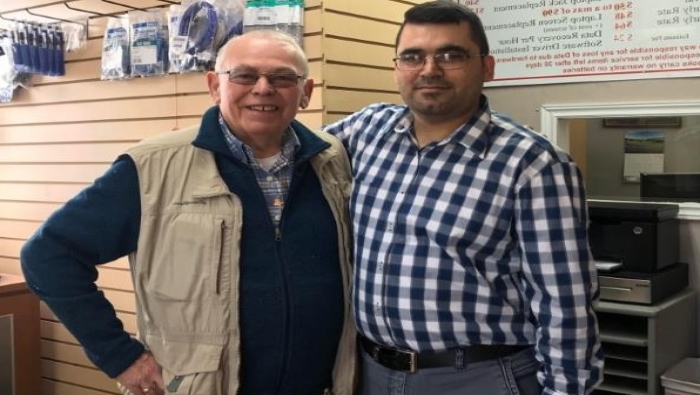 June 1 was a significant date for Alhakam Alsheikh. On that day, he took ownership of the small business that had given the Syrian refugee a livelihood not long after he arrived in St. John's.

"I had my own shop in my country, in Syria, for five years," said Alsheikh, who fled Syria when his country descended into chaos seven years ago.

After arriving in Newfoundland in March 2017, Alsheikh found work last fall with the Computer Liquidation Centre in Mount Pearl, working as a technician at the company, which specializes in computer refurbishing.

Seven months later, though, Alsheikh learned that his source of employment would close: owner Leonard Power decided to retire.

Alsheikh, though, presented an alternative for the company.

"In May, the owner decided to close it, and I decided to take over this company on June 1," he said in an interview.

This is the second such business Alsheikh has owned. He started his first in Syria in 2006, but found himself in danger when the country fell into civil war in 2011.

After being drafted into the army, he decided to escape to Saudi Arabia.

He later sought refuge in Canada for himself and his wife. He was privately sponsored to come to Newfoundland, finally arriving in March 2017.

Alsheikh said there are opportunities for other entrepreneurial newcomers.

"I ask every newcomer to start its new business here."